Twice a year, the school’s leadership prepares a meeting to report to families about what’s going on. The constitutionally mandated meetings happen in September and May.

At the meeting, brief presentations will address the activities of the school administration, development, finances, as well as the Board itself. There will also be an election for three board of trustees positions (see below).

In addition, families have the opportunity to ask questions of the board and administration.

The open board meeting on May 16, 2022 will be held in-person in the gym. There will not be a virtual option. Childcare will not be provided.

Board of Trustees Election

Westlake board members are elected to a three-year term, with a limit of serving nine consecutive years. This year, two board members (Heather Brown and Terry Barker) are up for re-election to another three-year term. We also have one board member (Jodi Nicholas) who has completed nine years of service. A new candidate (Averill Gordon) has been certified to stand for election to the open position.

Terry Barker has served on the Board of Trustees for the past four years. Terry and his wife, Linda, have four grandsons at Westlake: Jack (10th), Cody (8th), Grant (2nd) and Henry (PK) Lovelace. Terry is retired and serves as an elder at Gages Lake Bible Church. Terry also serves at Westlake as a recess supervisor.

Heather Brown has served on the Board of Trustees for the past four years. She and her husband Ryan have two children at Westlake: Zoe (8th grade) and Liam (6th grade). They have been attending Westlake since their preschool years. Outside of being a wife and mom, Heather is a full time school social worker. In her free time she enjoys serving in Awana, running, traveling, and exploring the outdoors with her family.

Averill Gordon is running to fill the board seat that will be vacated by Jodi Nicholas. Averill has completed an extensive application and interview process with the Board of Trustees and has been approved to stand for election. Averill and his wife, Stephanie, have three daughters: Averi (16), Aubrey (2nd) and Ava (K). Aubrey currently attends Westlake, and Ava is enrolled for next year.

Averill holds a Doctor of Pharmacy from Florida A&M, as well as an MBA in Pharmaceutical and Healthcare Business from University of the Sciences. He served as a commissioned officer in the US Navy for five years, and was also employed by the Walgreens corporate office. Most recently, he opened a full-service pharmacy, Grayslake Apothecary, in downtown Grayslake.

The Gordon family are members of the Church of Joy in Waukegan. Averill serves in various capacities, including the praise and worship team and leadership team.

Questions for the board?

Westlake Christian Academy offers a complete preschool through 12th-grade educational program. Families who are interested in a quality Christian education are encouraged to explore our website, watch our videos, and contact us for more information.

We are currently accepting applications for the 2022–23 school year. Some grades have a waiting list or are close to being full. To reserve your place in line, please submit an application online. The waiting list is determined by the date and time that applications are submitted online.

The following classes are full (names will not be added to the waiting list) for 2022–23:

The following classes are close to capacity:

Our Spring Open House series has concluded, but we are currently scheduling tours. We invite you to come and see our school and talk with our staff about Christian education at Westlake. To request a tour, please call (847) 548–6209 or submit an inquiry.

If you would like more information, please submit your request below. We look forward to talking with you soon.

Our Admissions booklets are available to download and contain additional information about programs and pricing.

If you were blessed by these concerts and want to help Westlake students continue to receive an education where they are free to praise God with their voices and the sound of their instruments, we invite you to contribute to our tuition assistance fund. Learn more about how your donation helps students discover a radically different definition of the good life.

Did you know that no family pays the full cost of educating a child at Westlake Christian Academy? In addition, 47% of Westlake families receive need-based tuition assistance and benefit from the generosity of friends like you.

You can make a difference in a student’s life by donating to Westlake’s Tuition Assistance Fund. Your donation makes it possible for students to receive a high quality Christian education at an affordable price.

As a ministry, Westlake Christian Academy walks by faith, depending on God to use his people to cover the gap between what it actually costs to provide an education and what some of our families can pay. Thank you for helping us to meet the needs of these families!

Tax-deductible contributions can be made online, or by mailing a check: 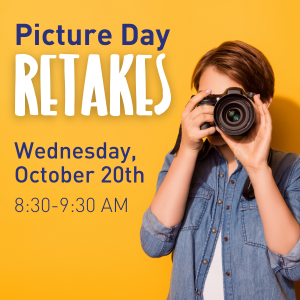 Students who missed picture day may have their picture taken on 10/20/21. Please follow the guidelines below. Students who want a picture retake must bring their original picture package and turn it in to the photographer. You can keep the class picture.

Step 3: Choose your package and background.

Complete checkout and your order is placed!

Step 3: Choose your package and background.

Complete checkout and your order is placed!

Questions about your order?

In an effort to provide more opportunities for parent and teacher communication, we are offering parent-teacher conferences again on February 17. This is a critical way that you can partner with us in the education of your child, and we encourage everyone to sign up for a conference.

While there will be no childcare on site, we do understand that you may need to bring your child with. In which case, your child may sit outside the classroom for the duration of your conference.

If you have children in both elementary and secondary, the office staff will coordinate your secondary conference requests with your elementary times.

Contact the school office at Info@WestlakeChristian.org or 847-548-6209 ext. 0 with any questions.

Conferences can be in-person or virtual. Masks are required in the school building.

Are you wondering what high school looks like at Westlake? Do you have questions about what courses we offer and what athletic programs are available?  Are you wondering if this would be a good fit for your student?

This event is for you!  On Tuesday, November 9, 2021, at 7:00 PM, Westlake will be opening its doors to all current WCA 8th graders and to any prospective students interested in learning more about high school at Westlake. We’ll tell you a little bit about our school, talk courses and college readiness, share details about the trips and the special activities in which our students participate, and answer any questions you may have.

The program will be held in the gym, with tours available for prospective students. Face coverings are required for all attendees.
Afterward, students can join our high school student council team outside for snacks and games.

All of the specific details are broken down below. We hope to see you there!

Please take a moment to register below. We’ve included a section in the form for any questions you may have ahead of time.

Who is this for?

What should I expect?

What if I have questions?

We love our Grandparents!

Westlake Christian Academy looks forward every fall to having our students’ grandparents visit the school. This year, we are providing two opportunities for grandparents to visit classrooms. Preschool–6th grade teachers will host virtual classroom “visits” in the morning (via Google Meet), and we will also have in-person drop-in tours (all grades) in the afternoon.

If you have been to a previous Grandparents Day at Westlake, the format will seem quite different. We hope that offering both a virtual and in-person option will allow many grandparents to attend. We are also eliminating the portion of the day when grandparents gather in the gym to watch class performances. Instead, individual classes will be making a presentation during their virtual visit. We hope you enjoy the opportunity to spend some time with your grandchild(ren) and see what’s happening at Westlake!

Grandparents Day is a Half Day (9am–12pm)

Grandparents Day is a HALF DAY for all students. There is no After Care on all-school half days. Because it is also a Late Start Friday, the school day runs from 9am–12pm for Preschool through 12th grade. Pickup for all Preschool–6th grade students is from Slusser Street, via the back entrance to the playground.

All students are expected to be picked up between 12:00–12:20pm. Please leave campus for lunch, and then students may return with grandparents any time between 1:00–2:30pm for an in-person classroom tour.

Take a peek at what the school day looks like for your grandchild! Preschool–6th grade teachers will host a brief Google Meet for each grade. The times will be staggered, so that grandparents can “visit” multiple grades throughout the morning. Grandparents can expect to “meet” the teacher, “see” what’s happening in the classroom, and say hello to their grandchild.

Each grade will have a 10–15 minute Google Meet, which grandparents can join using a link that was emailed to parents on September 22nd. Please ask your grandchild’s parent to forward the email to you. A schedule and full instructions for joining will be included. Please RSVP below.

Grandparents are invited to visit the school with their grandchildren to take a quick tour of the classroom. Students will be able to show you where they sit, along with some of their school work.

The school will be open from 1:00–2:30pm for tours. You may come at any time during that window, but please let us know that we should expect you. The doors will not open until 1:00 pm, as our teachers need time to eat lunch and prepare for your arrival. Please RSVP below. 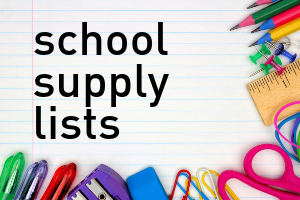 If you’re looking for a comprehensive list of the 2021-22 supplies required for all grades, click here. This list also shows which items should be labeled with your student’s name.

Our school office has also arranged for online purchasing of school supplies from School Toolbox, which you may order here.  If you purchase before July 11, 2021, school supply kits are shipped directly to the school and will be delivered to the classroom for you. If you purchase after July 11, 2021, you can have the box shipped directly to your home. Please refer to the School ToolBox website for additional charges and shipping times.

If you purchase your own school supplies (including ship-to-home from School Toolbox), please bring them with you to Back-to-School Night.

Students in grades 7–12 are also required to have a Chromebook. Parents can purchase whichever Chromebook they prefer. We recommend that you consider durability and battery life when making a purchase. We also strongly suggest that you purchase a case or sleeve to protect the Chromebook. Additional details are available here.

Of course, we want as many children as possible to be in attendance but not at the risk of their safety. Please weigh carefully whether or not to attempt to come to school.

Students who are remaining home due to inclement weather should default to remote learning for the day. Please notify the office of your decision by 9:00 AM and contact your child’s teacher to get signed on with remote learning.

If school is open but you choose to keep your child at home, please leave a message on the attendance line:
847-548-6209 ext. 0 by 9:00 am or via westlakechristian.org/absence

If you’re wondering whether or not Westlake will be open due to the weather, you can find out in a few different ways: 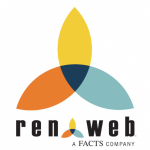